Russian President Vladimir Putin oversaw the test of a new intercontinental ballistic missile, designated RS-28 Sarmat. The Russians are confident that this missile could destroy targets up to 9,350 miles away. If you had any doubt about Russia’s capabilities in space and ground warfare, the deployment of these missiles should dispel those doubts completely., 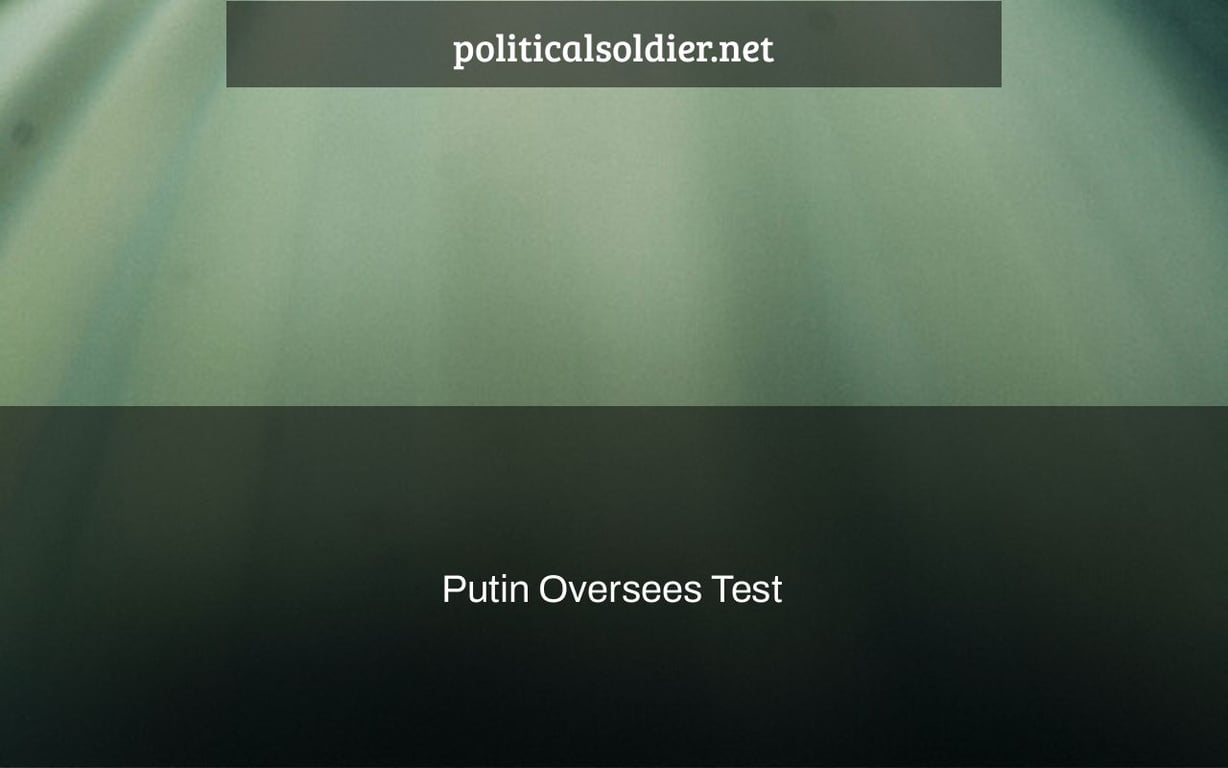 In his latest nuclear saber-rattling since initiating his war in Ukraine, Russian President Vladimir Putin supervised the maiden test launch of an intercontinental ballistic missile, which he warned would make anyone attacking his nation “think twice.”

Mr. Putin has regularly threatened nuclear war since deploying Russian soldiers into the neighboring nation in late February in an attempt to discourage the US and the North Atlantic Treaty Organization from intervening in the crisis.

The test launch, according to the Russian Defense Ministry, was the first in the testing program, and experts believe it will not be deployed for use in the near future.

The ministry claimed Wednesday afternoon that the RS-28 Sarmat system, a powerful intercontinental missile that can reach targets anywhere in the globe and escape any current or future antimissile defense systems, had been successfully launched.

In televised remarks, Mr. Putin said, “This absolutely unique weapon will compel everyone who are attempting to harm our nation in the midst of feverish, hostile speech to think again.”

The missile launch was overseen by Russian President Vladimir Putin by videoconference from the Kremlin.

The Russian president, who was seen watching the launch from the Kremlin via videoconference, stated that the Sarmat missile was built entirely of local components. Sanctions imposed by the United States have targeted firms that manufacture components for the Russian military.

The Sarmat was launched Wednesday from the Plesetsk cosmodrome in northern Arkhangelsk and hit a target 3,500 kilometers to the east on the Kamchatka peninsula, according to Russia’s Defense Ministry.

The test launch has been anticipated since Mr. Putin initially revealed Russia’s development of the missile in 2018, but it has been repeatedly postponed. According to a senior US military official, Moscow informed Washington of the flight test ahead of time via arms control protocols.

Concerns have increased in the West that Russia may contemplate deploying a so-called tactical nuclear bomb to swing the tide in its favor as the Russian military has encountered intense opposition from Ukrainian troops bolstered by enforcements of Western hardware.

In the Ukrainian town of Yahidne, a tank has been destroyed.

Mr. Putin supervised a drill of Russia’s strategic weapons a few days before the invasion, unleashing some of the country’s most advanced missiles. At that training, the Sarmat missile was anticipated to be fired.

Mr. Putin warned that if the West acted, the results would be “unlike anything you have ever seen in history.”

Russia possesses the world’s greatest stockpile of nuclear weapons, although many of them are outdated. The Wall Street Journal dissects Vladimir Putin’s arsenal as Moscow brags about its nuclear capabilities during the Ukraine conflict. Eve Hartley’s illustration

“The Russian leadership’s nuclear rhetoric has one fundamental goal: to continuously remind us that there is no military solution to the Russia issue and that we should not even attempt,” said Dmitry Stefanovich, a research fellow at the IMEMO RAS think tank in Moscow.

He went on to say that the message had arrived in Western capitals.

“While all of the discourse from Brussels and Washington rightfully blames Russia for the escalation, they make it clear that they have no interest in directly engaging in military confrontation between the United States and Russia, NATO and Russia,” Mr. Stefanovich said.

While the launch of the Sarmat was expected, Nikolai Sokov, a senior fellow at the Vienna Center for Disarmament and Non-Proliferation, believes Russia could have postponed it to avoid escalating tensions, similar to how the United States postponed a routine test of its Air Force Minuteman III missile last month.

Mr. Sokov said that the Russians used the launch “as an excellent reminder to say: ‘We have nuclear weapons, so sit there quietly.’” “They milked the rocket until it was ready.”

—This article was co-written by Michael R. Gordon.

Evan Gershkovich can be reached at [email protected]