“I’m running for me,” says the 26-year old runner who was once a high school dropout. “I don’t want my daughter to be ashamed because I didn’t finish.” 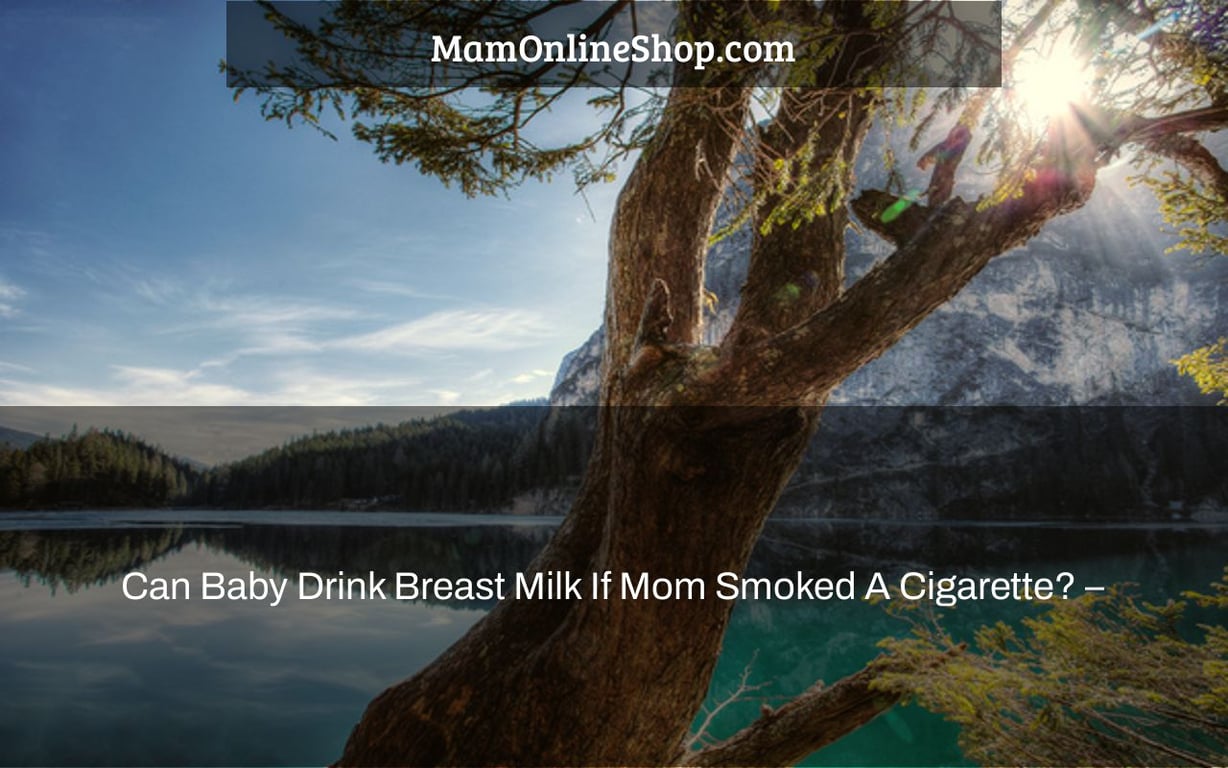 Devin Pao arrives on schedule, her hair still moist and an energy drink in her hand. It’s three weeks before the Boston Marathon, and she’s just completed her biggest run to date: 24 miles on the dot, a tough course she completed in 4 hours, 16 minutes at altitude in her hometown of Colorado Springs. She went many miles beyond the routine prescribed in the training schedule she’d been following.

“From what I’ve heard, the final five miles are excruciating, so I wanted to go as near to the complete route as possible,” she explains. “I think I’m prepared for Heartbreak Hill. The competitive side of me wants to complete the task in under four hours.”

Nonetheless, nine years after the catastrophe that drew unwelcome attention to her, she recognizes that she can only be so prepared. She’ll be in unfamiliar terrain on the course and will rely on her training to get her through it.

Devin raced the opposite way over the marathon finish line on Boylston Street, pulling an empty wheelchair, on April 15, 2013. She had been socialized to seek out danger. She knew what she’d heard — two explosions, people screaming in terror and anguish — but she had no idea what she’d witness or do as an undergraduate student volunteer.

Moments afterwards, she dashed back in the other way, pulling the same chair and carrying a seriously wounded man named Jeff Bauman. Paul Mitchell, an EMT, and Carlos Arredondo, a Good Samaritan, assisted her in getting Bauman to the medical tent in Copley Square. Bauman’s lower legs were blown off in the attack, but Devin’s rapid action saved his life.

Devin will run the marathon with her father Steve in order to raise money for the hospital that treated Jeff Bauman, the man she assisted in saving on that fateful day. ESPN’s Kelsey Brunner

Devin would suffer a psychological price for having to deal with the aftermath of a brutal assault that killed three people and injured over 260 more. Photographs of Bauman’s rescue were immediately broadcast across the globe, thrusting her into the limelight before she could grasp what had occurred. She retreated within herself, took time off from school, sought therapy, and ignored media demands for many months, staying officially unidentifiable in the iconic images.

I was covering the 2013 marathon for ESPN, and when the bombs went off at 2:49 p.m., I was locked up in a hotel a block from the finish line for many hours. The immensity of the suffering around me, combined with my inability to leave the building and perform my work, left me grief-stricken and anxious.

In the days that followed, I set out on a mission to record the experiences of the marathon’s first responders, the sports trainers. Devin was referred to me by someone she trusted when she was ready to speak her tale as a result of my reporting.

She hasn’t slowed down since, completing her career as a world-class synchronized skater while also expanding her professional goals. Devin intends to run the Boston Marathon again on Patriots’ Day for the finest of reasons.

Devin, who now works as a medical assistant for an orthopedic specialist, is racing with her father Steve and collecting funds for a cause close to her heart. She commented on her fundraising website, “I decided to run for Spaulding Rehabilitation Hospital’s Race for Recuperation team since Spaulding was essential in Jeff Bauman’s rehab after the horrible occurrence that has connected us together in an iconic picture.”

Devin’s 21st birthday happened to fall on the same day as the bombing. She’d completed a number of half-marathons and intended to complete a full marathon before turning 30. “If I speak about it, if I put it out there in the cosmos,” she adds, “maybe it will happen.” She’s been training alongside her husband, Chris, and their German shepherd, Kiira, but she’s covered the majority of the kilometers on her own. Her dedication continues to astound me, just as it did on the darkest of days.

Devin was pushed into the limelight before she had time to understand what had occurred as photographs of Jeff Bauman’s rescue were broadcast across the globe. Charles Krupa/AP Photo

The first seemed self-evident. She was still in the early stages of her trauma rehabilitation, and I felt a strong sense of duty not to put her back. I promised her I would only ask her to tell me about her marathon experience once. Meanwhile, I attempted to figure out what had brought her to the point where she seized the wheelchair. I inquired about Devin’s family, education, and athletic career. I saw her synchro team, the Haydenettes, in practice and spoke with her parents, instructors, and classmates.

When it came time to record Devin’s interview, ESPN producer Lindsay Rovegno and I decided she would address the camera directly. Devin’s tale was the focus, not mine, and the world didn’t need cutaway views of my feelings.

I didn’t know it until I went into the dim light that I wouldn’t be able to look Devin in the eyes. While peering into the blank face of a lens, she was going to guide us through that day. I tried sitting behind producer Steven Guyot’s camera, but Devin’s eyes kept straying back to me as she answered my questions. I was in a panic. I wouldn’t be able to see her face or pick up signs to tell me whether she was OK after months of cultivating our connection.

Just pay attention, I thought. Make it seem like you’re on the phone. By the tone of her voice, you’ll be able to tell how she’s feeling. I lowered my head and focused my gaze on my notepad. Devin held her head high and recounted her tale fearlessly and effectively.

After the digital narrative and video were released in October of that year, I made a second commitment to Devin.

Until I spoke it, I had no clue what I was going to say.

I assured her, “Our relationship isn’t going to stop simply because the article published.” “We’ll keep in contact in the future. I’ll be a part of your life.”

Journalists must leave most of the people they write about behind, even those who have the greatest trust in us and have shared the most difficult of times with us. Detachment is typically preferred above fondness in our line of work, and the sheer number of words and changing situations throughout the years make it hard to take everyone with us.

I wasn’t sure why I felt compelled to make an exception for Devin at the time. I felt responsible and protective of her, but she already had family, friends, and mentors watching out for her; she didn’t need another guardian angel.

In the years afterwards, we’ve both returned to Boston, myself as a reporter and she as a medical team volunteer. I flew to watch her perform in the global finals with the Haydenettes for the last time. She got a position with the United States Figure Skating Association, which brought us together during competitions I covered. Before she began a two-year medical assistant program at Texas Tech University, we visited Lake Placid, Salt Lake City, and San Jose.

Devin volunteered in the Boston Marathon as an undergraduate student in 2013. She currently works as an orthopedic surgeon’s physician assistant. ESPN’s Kelsey Brunner

There were times when she questioned if she should have left the comfort zone. It was difficult for her to go to West Texas on her own and to be apart from Chris for long periods of time. Because of the epidemic, her program was disrupted, and I was unable to see her graduation in person. On Zoom, I saw her go across the stage and put on the ceremonial white coat.

When I asked whether she’d be willing to speak about running the marathon this year, she thought about it for a few days and then texted me, saying, “I would love to partner with you for one more story!” The term “collaborate” stood out, a hint to our common history and experience from opposing ends of a two-way mirror.

On that dreadful day, I was safe, but Devin was not. Fear overtook me, but she replied bravely. I was stuck working blind on a day when she saw more than anybody should be expected to see.

Telling Devin’s story provided me meaning in a position unlike any other in my career, when I felt impotent in every way. I couldn’t envision shutting down my computer and moving on to the next project. As a result, I didn’t.

Devin is still prone to getting herself into trouble, but now she is competent to meet patients, make diagnosis, design treatment plans, and prescribe drugs. She helps with joint reconstruction procedures and loves hearing about folks who have regained their strength and range of motion.

She is no longer drawn back into a place she does not want to be by the iconic portrait. It hasn’t changed much as she has matured.

“Now when I look at myself, I think, ‘I seem extremely youthful,’” Devin adds. “I certainly picture myself as a student, frightened, unsure of what I was doing, but laser-focused on getting from point A to point B while inflicting as little pain as possible to Jeff. A resolute expression on his face. I’m in charge of someone’s life.”

In 2016, she and Jeff reconnected at the finish line in an entirely unforeseen meeting, and she was overjoyed that it happened naturally. He was her patient, although for a short time. She adds, “I never feel like we have to push something.”

It’s just one of many ties that link her to this city, this route, and the race bib she’ll wear. One of Spaulding’s satellite sites was her first post-graduate job in healthcare. On April 15, she’ll visit her BU instructors and classmates, some of whom still text each other to check in.

And how does Devin see herself on race day in 2022, sprinting down the same city block? She looks for the appropriate term and finds it. Acknowledgement. She has admitted what occurred, how it challenged her, and how it finally encouraged her to think larger and go farther in order to continue uncovering the puzzle of how she would react.

She admits, “granted, I was just a student at the time.” “But all I did was wheel him into the medical tent, and I felt like that was it?” I’ve always aspired to do more.

“I believe it has prepared me to understand that I am capable of handling even the most unexpected and distressing experiences that someone may encounter. I’m delighted I’m one of the people that can go ahead and assist rather than withdraw.”

Devin’s marathon fundraising website contains the photograph she originally hoped she could hide from public view, which shows how far she’s gone. She represented everyone who performed selflessly that day by being visible, and it’s been a gift to see her come to terms with that. “It’s not the first thing that comes to mind when I meet someone,” she explains. “If it arises, it arises. It’s OK with me if we speak about it.”

She’s always explained to me that she was only doing her job at the marathon. I was attempting to do the same, and I’ll never forget how our paths ultimately intersected, allowing me to continue working on what I couldn’t do right away.

I’ll be waiting for her on Boylston Street on Monday.

By keeping Brandin Cooks and Laremy Tunsil, Houston Texans show they believe they can win with Davis Mills